Print
Braies
Braies are a very tricky area to cover in reenactment. Medieval men wore them everyday, whether they changed them everyday is a very different matter!
They started out as long baggy items, a bit like baggy long johns, over time and with the advent of full hoes they became shorter. By the 15th Century, they are anywhere from normal knicker length to mid thigh. You often get a chance to see the longer ones in use first thing in the morning; not a pretty sight!
Their are two distinct types of braies during the medieval period: The first is shown in the vast majority of the pictoral evidence; with field hands wearing a knee length, baggy and bunched around the crotch version. Those wearing tight hoes would have found this style very difficult to wear. 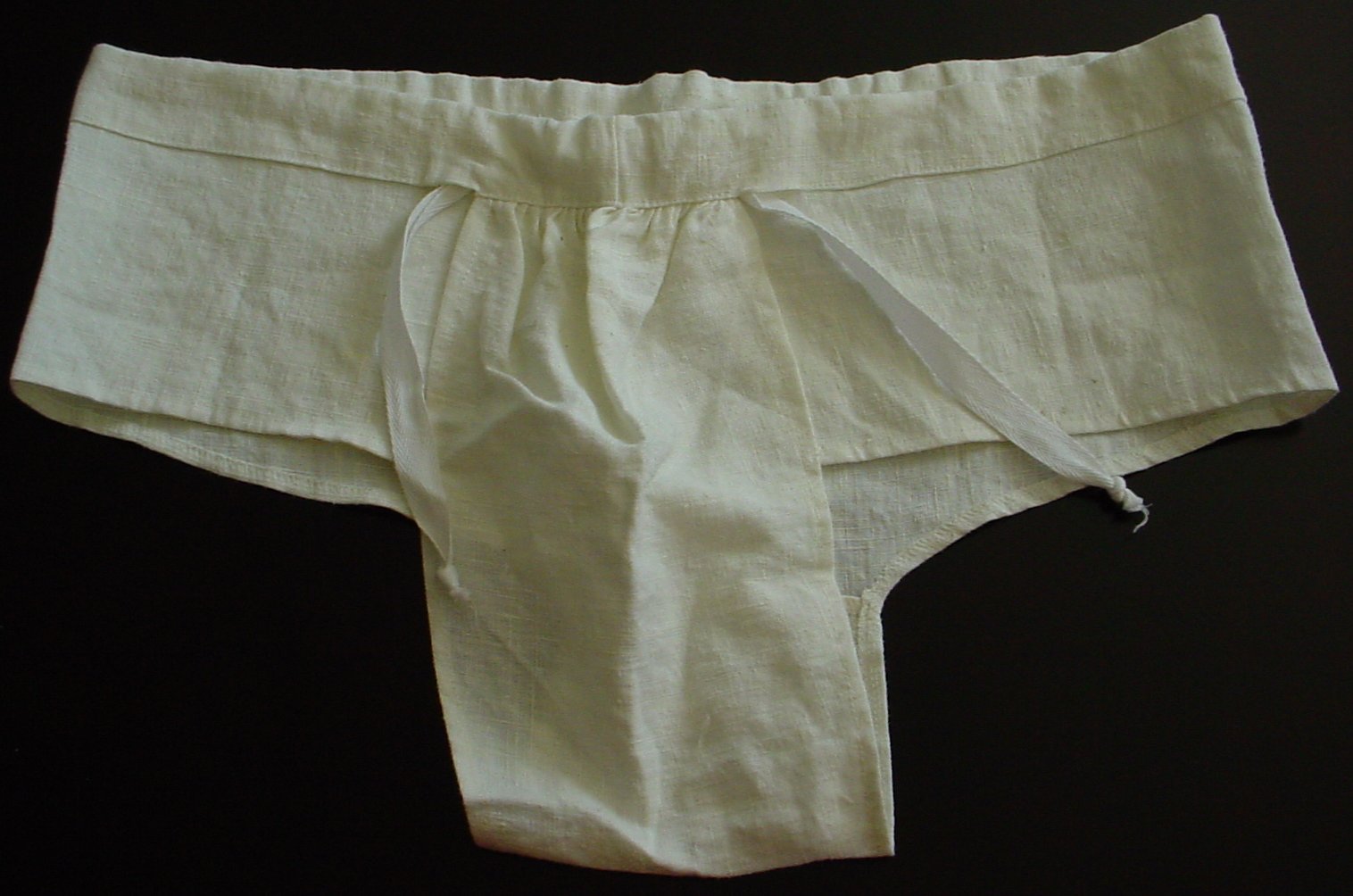 The second version is one most commonly found in religious imagery. These are similar to a modern Y-front shape, but they have a drawstring waist and a gathered pouch at the front to hold the genitals securely. These are very similar to Y-fronts shaping, but do a somewhat different job as they should hold you to the front rather than letting things wander about. This is necessary as there isn't room in hoes to arrange yourself anywhere but centre front. If you are being strictly accurate it is thought that this part of the braies should hang inside of the codpiece of your hoes; however, I don't know many sets of hoes where this is true.
Now there many different theories on how braies should be made, I would suggest that you use the Y-front style; or you could try to interpret one of the historical drawings or paintings to come up with your own design. Remember whenever braies are depicted they are always shown as white.
Look at the following pictures and pattern and use these shapes as a guide to make fitted braies.
Making Short Braies
Material:          Fine linen; make sure it's not too scratchy Colour:            White or off white.

Material:          Fine linen; make sure it's not too scratchy Colour:            White or off white.
The idea behind these braies is that they are very easy to make, and they are once you understand how to make them, and they hide all of the necessary bits. These can be uncomfortable because of the excess material gathered around the groin. I think it would be possible to adjust the pattern slightly by cutting a triangle out of the center - but it is up to you and how brave you are feeling.
Basically you cut a tube, keeping in mind the measurments below, then add in the waist band to the middle of the tube, making sure that there is plenty of room for the drawstring. Your legs go through then end of the tubes, creating the excess fabric between your legs.
These go best with split leg hoes. 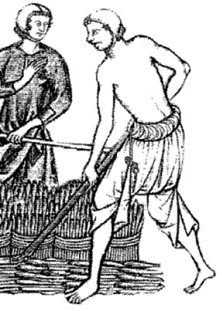